All Orders Fulfilled by Amazon

5 Nutrient-Less Foods To Avoid Before and After Training

What foods are on your hit and miss lists?

We know how important it is to eat the right kind of foods when you’re training like a beast, so we’ve put together our top foods to avoid both before and after your workouts. They’re either a waste of time nutrient wise, or they’re really bad for you. Take a look below and let us know what foods you avoid!

5 Nutrient-Less Foods To Avoid Before and After Training

Although cucumbers are low in calories, they contain less than 5% of our recommended daily allowances of vitamin C, magnesium and potassium. Give cucumbers a miss on your daily shop and opt for a bag of spinach leaves instead.

It may not be on the top of your health food shopping list, but popcorn is often marketed as a healthy snack. Rather predictably, it’s actually full of salt, sugar and fats, making it a serious no go for any health food fan.

Frozen yogurt isn’t as good for you as it’s sometimes portrayed. The freezing process often destroys the gut-friendly bacteria in the yogurt and manufacturers often add sugars and other additives to make frozen yogurt last for longer.

Raw almonds are great for you, giving your body much needed protein and fibre, but almond milk won’t give you the same benefits. The vast majority of almond milk products are significantly sweetened and contain little, if any, nutritional value.

Coconut water does contain electrolytes to help you get up and going again after a hard workout, but it’s often full of sugar too. If you’re going to drink coconut water, make sure that it only contains coconut water instead of added sugars. To get all the hydrating benefits with the negatives, stick to good old water!

What nutrient-less foods do you avoid before and after your training sessions? Let us know on Facebook or Twitter! 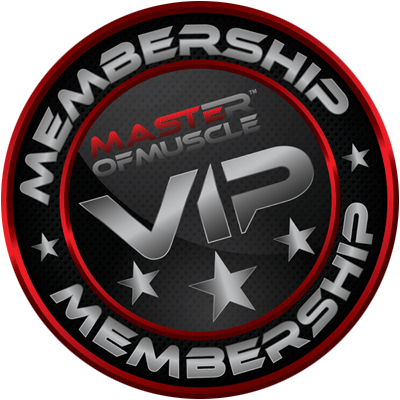 Join the Master of Muscle VIP Membership for access to free products, e-books, videos and more...

P.S. We hate SPAM and promise to keep your email address safe.